SEO in the premier league

In recent years, the business of football has fully embraced the era of digital marketing and social media; with most Premier League clubs regularly creating personalised content for their fans through YouTube, Facebook, Twitter, Instagram and more. The rapid rise of Social Media has opened up previously untapped avenues of communication for clubs to reach fans, sponsors and all those involved in the business, both before, during and after the game. When you consider how most football clubs utilise digital marketing, the first thing you think of is probably through social media; with signing announcement videos, interviews and other behind-the-scenes content designed to engage with fans as much as possible.

With such a focus on social media in mind, I was interested to find out whether clubs are taking the same amount of care with their websites: from an SEO perspective. Are these sites user-friendly, well-designed and optimised? Let’s take a look at a team on the South Coast, Southampton F.C.

What becomes immediately apparent upon searching for the Southampton club website, is that they could be doing more to optimise both their Meta Titles and Meta Descriptions. When it comes to optimising a site for SEO purposes, there are several best practices to consider in order to achieve the best ranking possible. The best Meta Tags and Descriptions will be both keyword optimised and of the appropriate length in order to receive the best ranking possible from Google. What Southampton’s Meta Title does is “truncate”; which is where the title is too long, and is automatically cut off with an ellipses by Google. This can lead to a poorer Click-Through Rate, which is obviously not ideal, and can easily be avoided with some modifications. A simple change, but one that can potentially have a big impact on your rankings.

In terms of keyword optimisation, Southampton’s Meta Titles and Descriptions both contain the appropriate keywords that would serve to boost their rankings, such as brand and industry terms; although their Description could perhaps be longer- to take advantage of the longer character limit. The more relevant terms and keywords you can include, the better ranking your site will achieve.

It should be noted that, for a business like Southampton FC, the impact of a poorly optimised Meta Title and Description would be less severe than for other industries; due to the fact that the brand is so strong, and so the official club website would have little to no direct competition. But I still feel it’s important to highlight, as in SEO, you should be looking to optimise everything as much as possible, as the smallest of changes can have a drastic impact on your rankings.

When it comes to the actual club website; in terms of navigation, site-design and copy, Southampton FC can be judged as doing a decent job in terms of their approach to SEO. The Southampton site, for example, has a clear structure when it comes to buying tickets, with the tickets page being both in the SERP Sitelinks and a high priority page with low crawl depth. An accurate site structure can also reduce bounce rate and improve dwell time, as well as improving the user experience overall: both of which will lead to improved rankings.

What the Southampton site also does very well is utilise a fan-first approach to content with their Saints Live broadcast hub, which aims to provide a constant stream of engaging, unique content about the team which would serve to keep visitors engaged for longer. And throughout the site, the content of the pages is populated with relevant keywords and phrases, such as brand industry terms, that all contribute towards achieving the best ranking possible from Google. 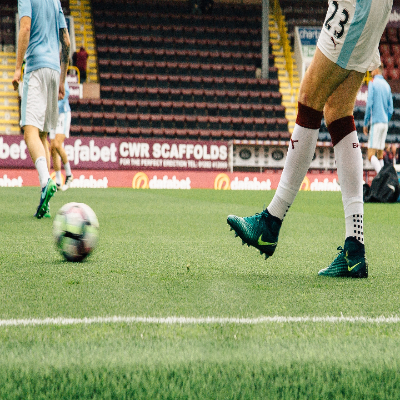 In terms of the Technical side of SEO, the Southampton site is somewhat mixed, with some definite room for improvement. On the positive side, the website has a clear site structure, which provides many advantages, such as Google issuing the site with Sitelinks.

The Southampton site has also engaged in Canonicalisation, a process by which you indicate to Google which pages to index; helping to prevent duplicate content from appearing in your site and generally improve your rankings. The site also utilises Schema; markup code wherein you add additional information onto pages in your site to help Google search for it better. An example would be adding Organisation Schema to a page, which can help Google to display the business info for Southampton FC on the SERP. The better the understanding Google has of your website, the better your website will rank, and in the areas the Southampton can be seen as doing a fairly decent job with the technical side of SEO.

However, there are a few areas that the Southampton site falls short on. The speed of the site is relatively poor; online tool GTmetrix recorded the site as having an overall page load speed of 7.6 seconds, with the site particularly hindered by the amount of redirects and the standard of browser caching, scoring an “F” and an “E” in these categories respectively. This is especially poor when compared to other official club sites of a similar nature. Local rivals AFC Bournemouth’s official club website, by comparison, has an excellent overall page load time of just 2.9 seconds. The speed of your website is one of the most important factors Google takes into account for ranking your site, as it can have a huge impact on the user experience of your site visitors. The Southampton site also uses Robots.txt to communicate with web crawlers and hide their CSS; meaning that Google can only see the HTML of the site when crawling it. It is not advisable to adopt these types of practices with Google, as the better an understanding Google has of your site (as previously mentioned), the better the ranking your site will get.

Overall, Southampton’s official club website has a pretty decent level of optimisation; especially in regards to the content and design of the site. However, with some improvements to the technical side of their SEO approach; Southampton could have an expertly optimised website on their hands. In the “Premier League” marketing world, this site would probably be mid table- just missing out on the Top 4!