As the oldest members of Gen Z start to graduate and generate more spending power as they enter the job market, understanding how your business should be marketing to the iGeneration is becoming more critical than ever. We define Generation Z as being born within the mid-’90s and early ’00s. In the USA, this birth range already represents over a quarter of the population, representing a considerable amount of market potential.

Gen Z Cares About The World

Furthermore, teens want brands to be a representation of their values and expectations and 66% would pay for it.

If you want to be successful in marketing to Gen Z your business must find a way to have a positive impact on the world around you in an authentic, meaningful way.

STA Travel provides a great example of incorporating social responsibility into their marketing activities with the making a STAnd campaigns which focus on teen cancer, animal cruelty, customer safety, volunteering and anti-slavery.

Customer retention is a vital part of any successful business. It’s widely reported that acquiring new customers can prove to be anywhere between 5 and 25 times as expensive as it is to retain existing ones

One of the most tried and tested marketing methods of retaining customers is through loyalty schemes. However, Generation Z tends to be less motivated by such marketing activities.

How then should your business craft customer loyalty amongst Gen Z? According to the National Retail Federation (NRF), the key is to create meaningful interaction.

Research from the NRF even gives us some examples of such activities alongside rates of engagement: 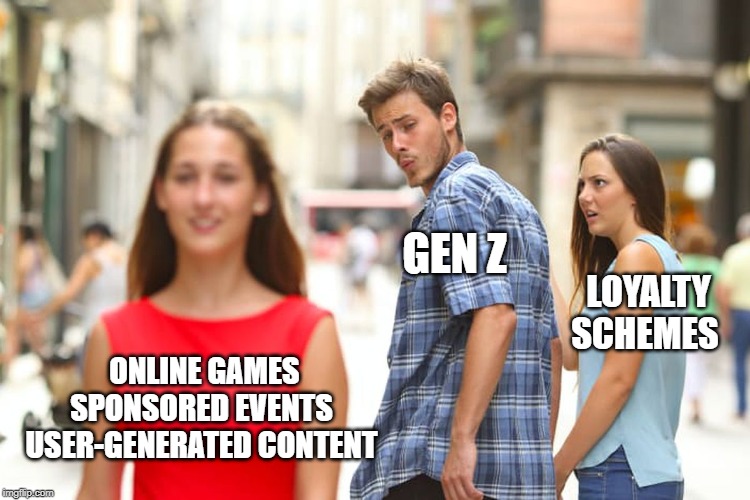 As most of us are already painfully aware, teens today are glued to their mobile devices. So it would make sense to offer a mobile optimised experience when targeting them.

To epitomise this, IBM’s uniquely Gen Z report indicates that 75% of teens report mobile as their most-used device.

One underlying reason for this could be that, compared to generations gone by, Gen Z receive their first phone at a young age, generally between 12 and 13, for many, it’s the first ‘big ticket’ they’ll ever own.

Further illustrating the importance of mobile optimisation when targeting Gen Z is that for 53% of teens the smartphone represents the most used medium for making purchases, the primary reason for this is convenience.

Some social media channels are preferred more than others:

Snapchat is teenagers prefered social network with 45% of a sample confirming it. The video-sharing platform is particularly popular in the US where 71% of teenagers open Snapchat daily and within that number, more than half open the app more than ten times per day.

Instagram is Gen Z’s second most favoured platform taking 26% of votes, while interestingly, 45% of teens also report using the app as a means of brand discovery.

Despite its popularity with millennials and generation X, Facebook doesn’t seem to resonate as much with Gen Z. 34% think its a platform for old people whilst the social networking giant reports that it has lost over a quarter of teens aged 13-17 within three years.

Based on this, when targeting Gen Z, you should push Facebook to one side and instead focus on Snapchat and Instagram stories as well as Instagram ads. 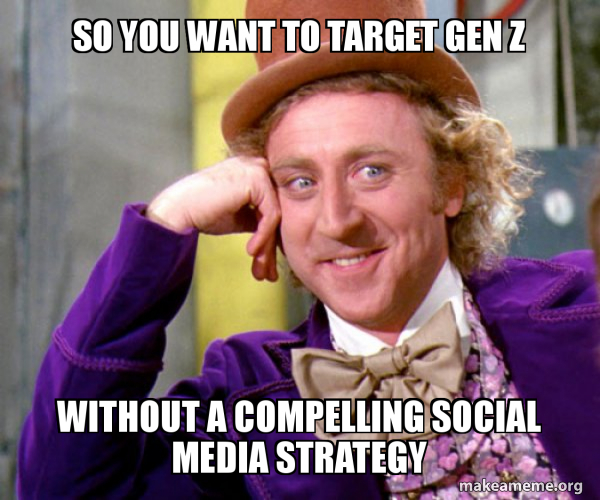 Holding Gen Z’s attention is, in itself a major challenge, as they currently display an average attention span of 8 seconds, which is less than a goldfish.

Because of this astoundingly short attention span, Gen Z tends to skip any skippable content exceeding 9.5 seconds. Non-skippable ads and pop-ups are an irritant and beautifully written long-form content (such as this blog post) are simply asking too much of them.

One form of content that does seem to hold Gen Z’s attention though is video. Gen Z simply can’t get enough of it with 71% aged 13-17 spending more than three hours of their day consuming it.

Based on this the takeaway should be that when targeting Gen Z, avoid traditional forms of ads and long-form content and instead focus on ‘snackable’ content, such as stories, short 6 second ads such as those seen on YouTube and visual data.

88% think privacy is very important and less than a third are comfortable sharing information other than their contact details and purchase info.

However, 61% would feel better about sharing personal information with brands if they can trust that it’s protected and stored securely.

The focus on privacy also plays a role in how Gen Z shares content, they tend to create “more private content, posting what they’re up to but being selective about who can see it and for how long it’s posted”. 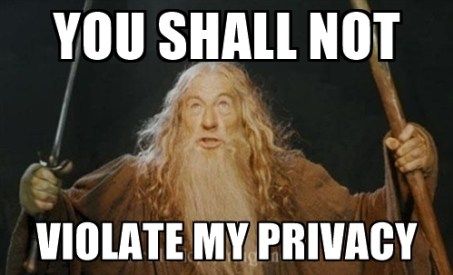 Micro-influencers will be increasingly important in reaching out to Gen Z as potential customers. On YouTube, 70% of Gen Z relate more to the hosts of channels they subscribe to than they do to traditional celebrities.

Furthermore, 44% of Gen Z report trying a recommendation from a digital creator, as opposed to 36% trying recommendations made by celebrities.

One common and largely successful method of reaching out to potential customers through micro-influencers is providing the influencers with several samples of your product or service. The micro-influencers demonstrates the use of their product creating a buzz from their following before giving away the other samples as part of a giveaway competition.

In conclusion, there are a variety of ways that you can alter your marketing activities to target Gen Z more successfully. Most importantly though, to successfully target Gen Z and convert them into loyal customers you need to take the time to understand how and why they're different from generations before them before implementing your marketing strategies.