Last year I wrote a blog featuring how Google loves to mix up the advertising world with unexpected updates. The updates are usually disruptive and are followed by a bit of push back and uproar from the advertising community

Like when we found out that we would be losing our search term data for privacy reasons last September.

Well 2021 is already off to a ‘disruptive’ start to say the least with update after update and we’re only in February! In this blog I’m going to do a whistle stop tour of all the big updates that have been announced for Google Ads in 2021.

This is an ad format that was introduced in 2018, if you’re not familiar with Responsive Search Ads (RSAs) these are a type of ad within Google Ads.

To create the ad you provide Google with 15 headlines, 4 descriptions and your usual paths and URL, with these assets Google will then use machine learning to test as many combinations of your assets as possible to form ads and overtime show the best performing ads more.

How are these ads different?

Essentially they’re very similar to what has gone before them. An RSA in the wild will look no different than an expanded text ad (ETA). The main difference is the dynamics behind the ad and the set up of the ad itself.

So where with an ETA you’d usually make several different ads to run alongside each other and manually run tests and gather results, with an RSA you provide the assets in bulk and then let machine learning do the heavy lifting. 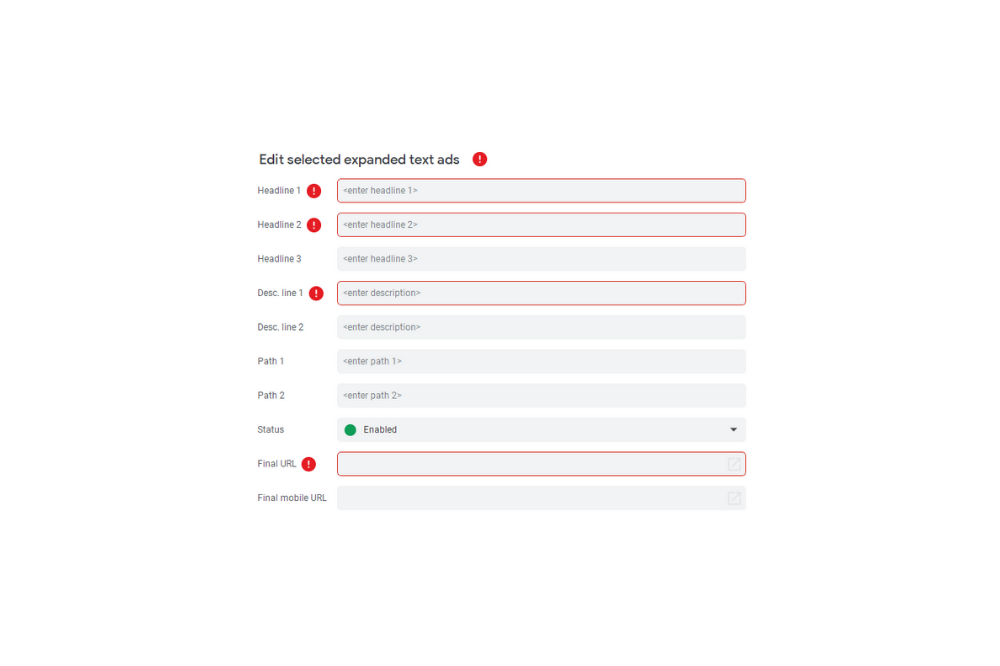 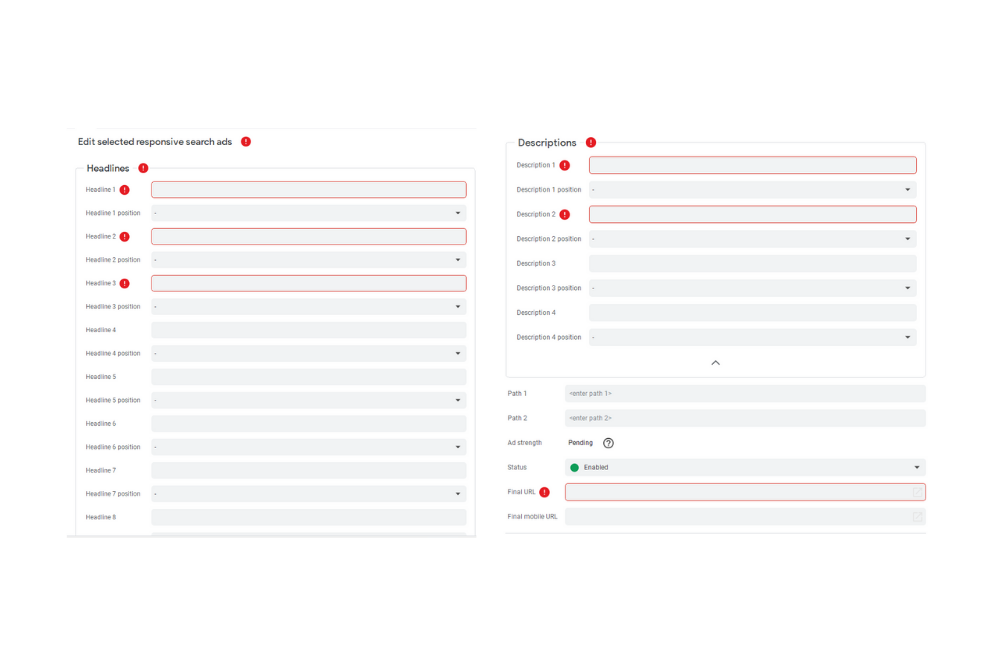 When this ad type was initially launched I must admit I was hesitant to give up so much control over my ads & testing. Overtime I have adapted my PPC accounts to run ETAs and RSAs side by side, which I presume I will continue to do so as for now ETAs are still available to create and run in Google Ads.

However I am extremely mindful that they probably won’t be available forever and this is likely phase 1 of showing ETAs the door. So my advice to all advertisers right now is to start running RSAs alongside your ETAs in every campaign, if you haven’t been already.

What can you expect from introducing RSAs?

Well, at launch the big push for RSAs was that you can expect higher CTRs and more conversions. After running them for a while now, I won’t disagree with this but it obviously isn’t the case 100% of the time. Work still needs to go into them despite a lot of the work being done for us. We still need to keep the copy fresh.

I would argue that a lot more planning needs to go into the creation of an RSA than an ETA as you need to strategically apply pins into the headlines and descriptions that you might not want side by side. For instance it’s common to include the brand name in a headline and you might want to test more than one variant, but definitely not in the same ad. On the flip side, if you’re running a great sale, or have a strong headline that you need up front you’d want to pin this at H1 so it doesn’t slip down to H3 and risk not showing.

This probably isn’t the biggest surprise to advertisers that work in Google Ads on a daily basis. It isn’t an immediate concern as ETAs are still kicking at the moment, but as I mentioned - try to run RSAs alongside your ETAs while the options there as you don’t want to have to do a last minute account wide RSA push!

What does that even mean?

In this blog I’ve covered the basics of the keyword match types. Oh, how things have changed since I wrote this blog in 2019!

So this update means that phrase match keywords will now include any BMM keywords and perform in the same way. BMM keywords are essentially being phased out.

Where +moving +services +london +to +manchester was originally BMM will now pick up search queries for ‘London corporate moving services to Manchester’ - so all of the keywords are in the search term but in a completely different order with additional words too.

Finally you can see that someone looking to move in the opposite direction to what we’re advertising won’t qualify, so where the search query ‘moving services Manchester to London’ was valid in BMM, won’t be valid in the new phrase match update. 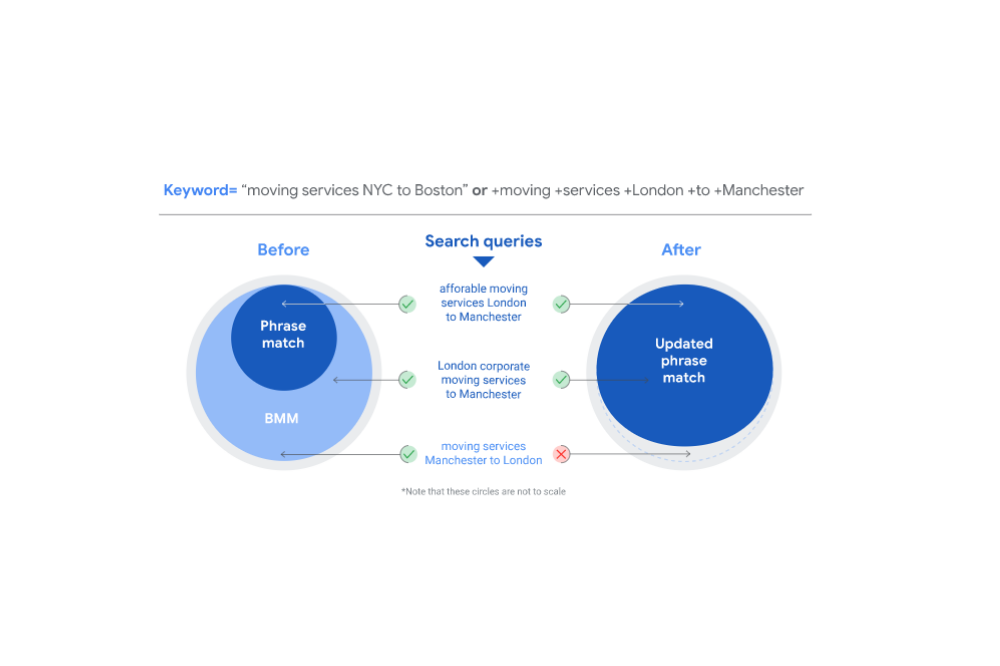 As a result of this, the traditional broad match keywords now look at more signals to determine which searches are relevant, according to Google this includes landing pages and other keywords in the ad group.

I’d advise all advertisers to keep an eye on their accounts as this update is rolled out. Once rolled out in your area you can no longer add new BMM keywords but the ones you already had existing will be treated as phrase match, so you don’t need to change them and can keep the historic data tied to them. More so now than ever, keep an eye on your search term reports throughout this roll out!

Do all these PPC updates have you confused?

Well sort of, not really. From July, all older existing Gmail-only campaigns will be ‘read only’ - so essentially they can’t be created or edited anymore, you only have access to view past data.

First of all, manual bidding isn’t an option within a discovery campaign. You must select either Maximise Conversions or Target CPA bidding strategies. Personally I am a big fan of my automated bid strategies, I’ve seen each and every strategy work well for different campaigns, but this isn’t to say that manual bidding can also works better sometimes too. However the complete lack of bid strategy option in a discovery campaign is slightly upsetting. 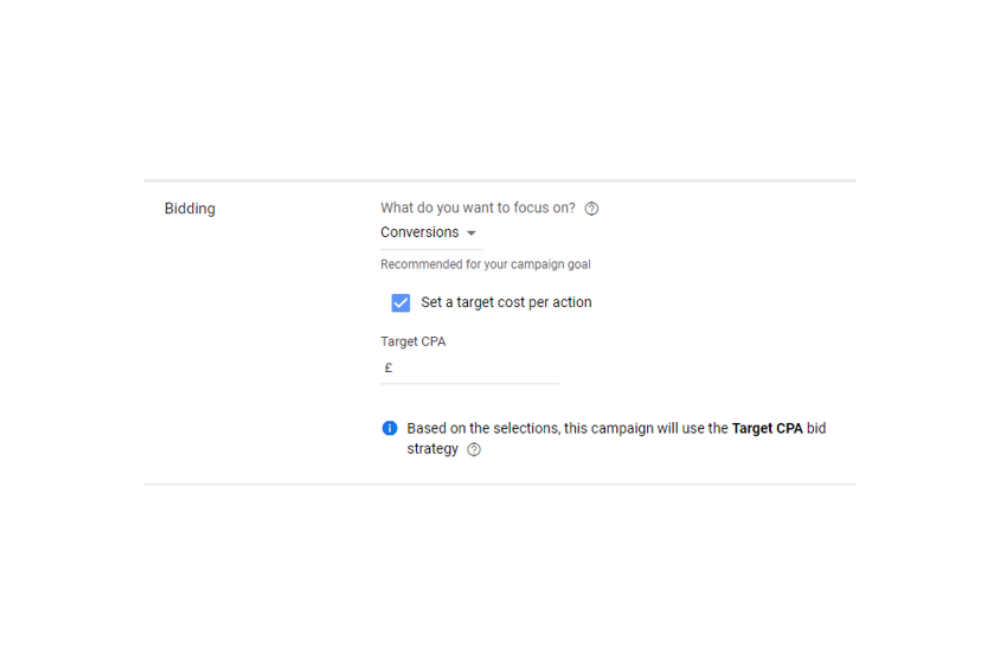 Secondly, when running a discovery campaign you have no control over the device targeting. So whether it's a computer, mobile phone or tablet isn’t up to you. This will be a big blow for a lot of advertisers who see better performance from certain devices.

Furthermore, in moving Gmail ads to discovery the ad format is different, you can either run a standard discovery ad or carousel discovery ad. For discovery this means a longer headline limit, which you’d naturally assume is good but realistically leads to your Gmail ad headlines now becoming truncated on smaller devices like mobile phones, which is another reason that taking away device targeting sucks. All we can say for sure is that our team are interested to see what this roll out will look like.

So overall, Google has really piled on the updates for Q1 of 2021, and it's a lot to keep up with. If you have any questions regarding these updates, reach out to our PPC team and we’d be delighted to help!