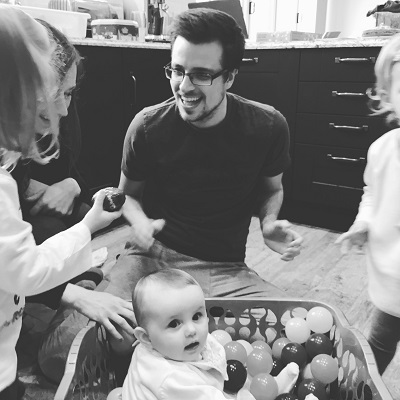 Get to Know Me

What does a typical day involve?
My role at Adido is Head of SEO. My average day consists of analysing our client's websites to discover the best way to get them ranking for their desired terms, with the 'end goal' always in mind (conversions!). I am very hands on so you might see me pulling apart a crawl or writing a well-optimised landing page.
Where were you born? What brought you to Adido?
I was born and bred in Bournemouth so I have local roots firmly planted here. I went to University in Southampton but decided to come back to Bournemouth to pursue my marketing career. My first marketing job was at a local solicitors where I discovered I had a real interest in digital marketing so decided to make the move over to Adido.
What has been your career highlight so far?
There has been so much! One major highlight would be when I got my first client (that I had full ownership of) ranking page 1 for their desired terms and seeing the big increases in traffic and conversions. It's so satisfying to see the work I do come to fruition.
Tell us something about you that your colleagues don’t know yet!
When I was young boy I was part of my local church choir. I guess you could call this my first job as we used to get paid £2.50 for singing at weddings (quite a fortune for a 9 year old). I’m not sure my singing voice really added much to the choir, plus I used to sing ‘Glory Glory Man United’ instead of ‘Glory Glory Hallelujah’ because I thought it was hilarious (I don’t even follow football but I was just such a rebellious youth).
What do you remember about your first day at Adido?
I remember the first task I was set at Adido was to write a blog for one of our clients on the benefits of Kegel Weights. As a naive young man I had no idea what they were at first, but I sure do know a lot about them now!
What did you want to be when you were younger?
I wanted to be a farmer! That dream soon fizzled out when I realised I would have to get up at 4am every day though!
Where in the world would you most like to visit and why?
The answer to this question changes a lot, but one of the places I would love to go trekking is deep into the Amazon Rain forest. I love survival stories and I read an amazing book called ‘Lost In The Jungle’ by Yossi Ghinsberg about a man who gets lost while trekking in the Amazon and although the story sounds pretty terrifying it also sounds insanely exciting!
What is your #1 most played song on Spotify/iTunes?
Right now my most played song on Itunes is ‘Slow Thai - North Nights’. I have been a big fan of grime for a long time, but no, I do not wear a snap back and I do not attempt to rap myself, I just enjoy the music!
If you could meet anyone, living or dead, who would you meet?
David Attenborough. I know this is a predictable one but I just want to ask him if he really knows EVERYTHING about animals or if he is just reading off of a script and forgets it all afterwards! OR maybe the godfather of grime, Wiley.
If you could choose a superpower, what would it be and why?
It’s pretty tight for me between flying and super intelligence, but if I had super intelligence I think I would figure out a way to fly anyway, so that’s what I will choose.
When was the last time you were nervous?
My wedding day in August 2015! That was the last time I was REALLY nervous – especially for the speech (although a swift pint beforehand helped to shake the nerves).
What are you afraid of?
Wasps. Despite never being stung by one, I still live in fear that my time is coming.
Slogan for life...
Don’t take it all too seriously!
At the weekend I love…
Hanging out with my family - taking my daughter down to the nearby river to splash in puddles. The simple things that mean so much.

What I'm talking about

Ever given thought to the process of creating content and how you can get the most out of the time invested in it? These video workshops detail brainstorming, planning and promoting your content.

In PPC you pay X amount, get Y amount back. How can an SEO compete with that? This is the question which spurred me on to create a way to effectively communicate the potential return on investment (ROI) of SEO to our potential clients. 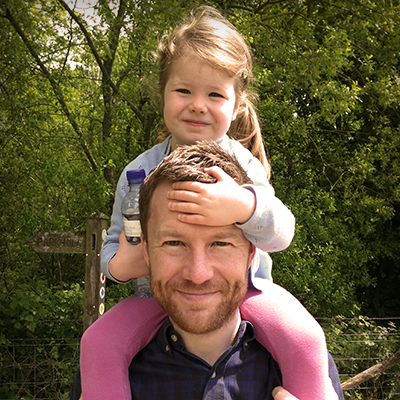 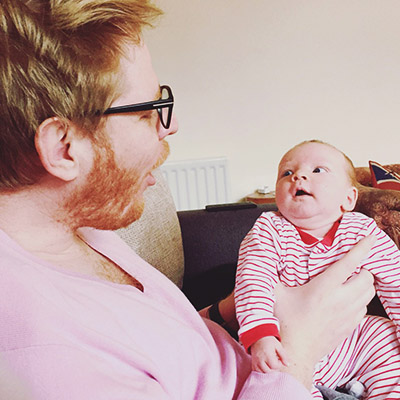