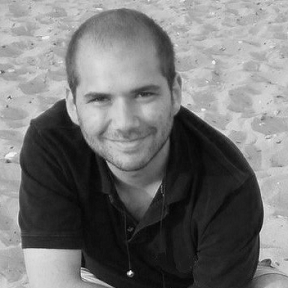 Get to Know Me

Other than that, drinking inordinate amounts of coffee.

Honestly though depending on what is coming in, other than the fundamentals it changes drastically from day to day!
Where were you born? What brought you to Adido?
Ah oui, I am le resident Français (France). Speak both without accents slipping into one another. Also having two passports does make me feel like Bond.

I was looking for somewhere that would push my limits and really get me to develop further. I have not been disappointed!
What’s the first thing you do when you get into the office?
Make coffee. Immediately.
What did you want to be when you were younger?
Originally a marine biologist, though since seeing Jurassic Park I decided on palaeontology. Later when the realisation dawned on me that bringing back dinosaurs would be fraught with difficulties I decided on psychiatry.
At the weekend I love…
Making Spanish omelettes and then either going out for a walk in the New Forest, or anywhere quiet. Short of that sometimes it is just good to dissolve into the sofa for a while.
What is your favourite tool to help with your job?
Excel. I’m a certified spreadsheet geek.
Where in the world would you most like to visit and why?
Antarctica. Don’t know anyone who has been, love the cold, and I want to see the penguins.
Tell us something about you that your colleagues don’t know yet!
I have managed to do the highest 3 bungees in the world (at the time). Waiting to do the Royal George Bridge next so I can reclaim my top 3 title! I’ve also been an ‘actor’ as a zombie in a film. Even have my own IMDB profile page.
What are you afraid of?
Wasps. Saved one from drowning when I was little. It stung me. I’ve never forgiven the species.
What is your favourite film?
It changes pretty frequently! That being said Guardians of the Galaxy volume 1. Great soundtrack and a showdown dance off… what else could you want?!

My First Week With Alexa...

Learning to Talk Again - Voice Search and the Impact on Marketing: Part 2

Read Part 2 of David Berendt's talk on Voice Search and the implications is has for your business at our Attention! 2017 event.